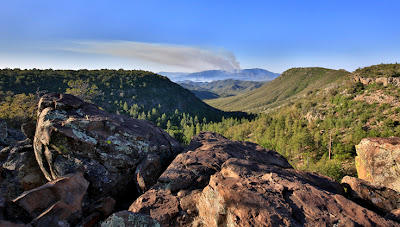 My photographing post.
Saturday AM I hiked to the top of a overlook near Mount Davis (7905') to get a good seat and watch the days firefight begin. The winds were low, allowing for an air assault on the Gladiator Fire unlike the day before.  Armed with long camera lenses, I attempted to photograph and made a couple of still camera videos of the Gladiator Fire, as it blew up during the day. Please forgive some of the images as this was a long way from the fire.


The following are images of the fire, aircraft and helicopter assault, on the Gladiator Fire. The location was along Turkey Creek, Battle Flat and the north side of Towers Mountain. As the fire attempted to climb the mountain towards the Colloup residence and Towers mountain, it was continually slowed by air assault. When I left all structures had been saved as of May 19. Thank you, to over 1000 brave men and woman who are fighting this fire.
Mark 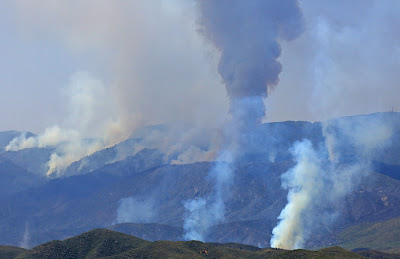 As the day heats, the fire blows up in many different locations making it difficult to fight. 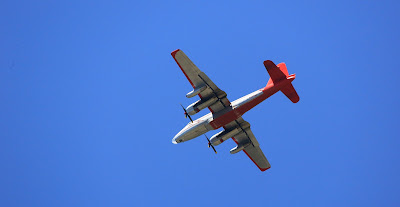 The first slurry bomber heads in for a drop. 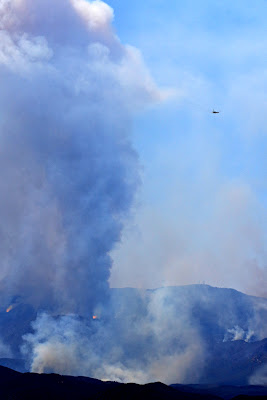 On the way in. Towers Mountain can be seen to the right
which houses many expensive communication systems for Phoenix.
The Colloup Residence is just to the left of the towers. 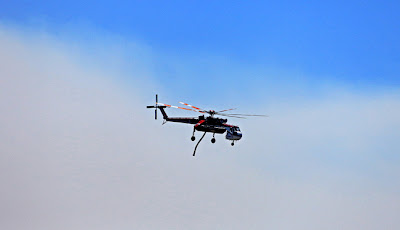 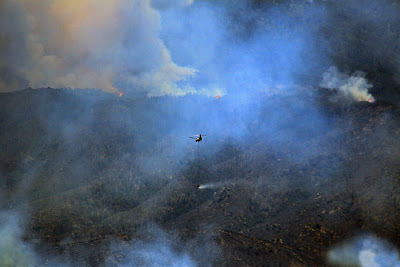 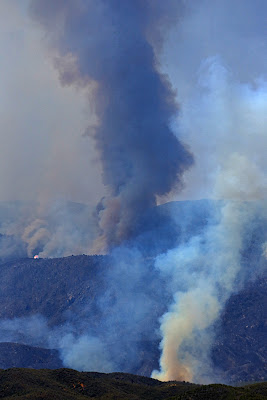 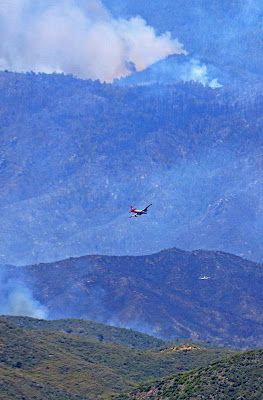 A bomber follows a small chase plane that shows them the way in,


down deep into Turkey Creek to drop a load of slurry.


The plane disappeared from my sight,


as they dropped low into the bottom, where 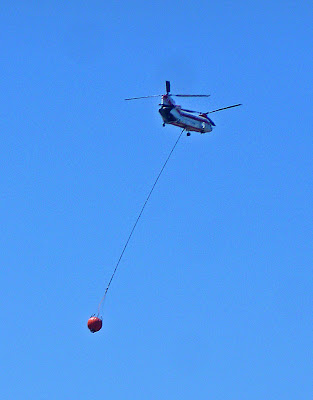 A ball loaded with water. 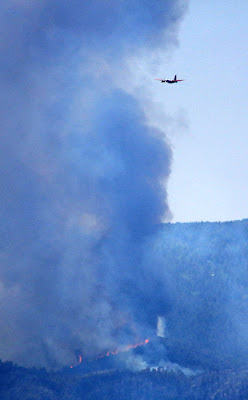 Looking over the area to make the run. 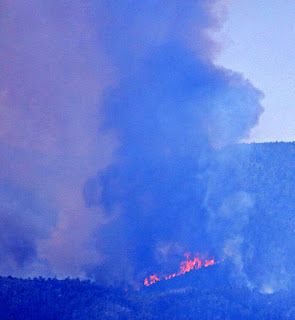 The area to hit. 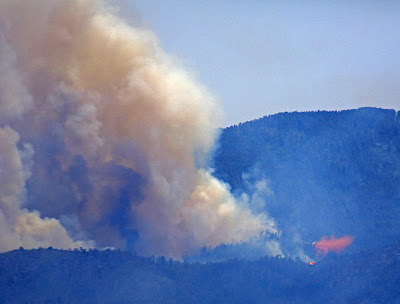 The run has began and red slurry is dropped. 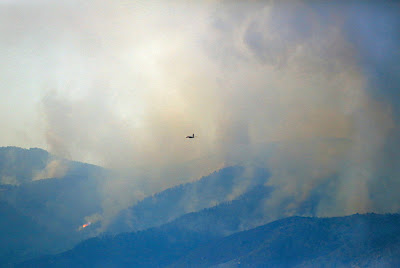 Out safe and headed back to Prescott airport for another load of fire killing slurry.

Click here to watch a VIDEO of the fire and slurry bomber run. Watch for planes just below towers, top right.
http://youtu.be/78rF2b0mUcQ

May 20 Road Closers in Bradshaws

Posted by Bradshaw Mountains.com at 2:31 PM