Fire Comes to the Bradshaws 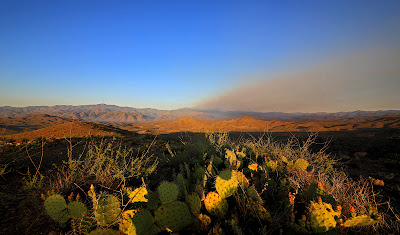 The Bradshaws are on fire. The Gladiator Fire is named after the Gladiator Mine near Crown King. This fire is said to have started at a Crown King residence.

The fire has charred over 8,100acres as of Thursday evening. Authorities expect the blaze to grow. 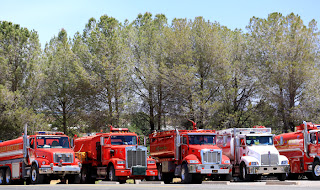 Equipment has been brought in. 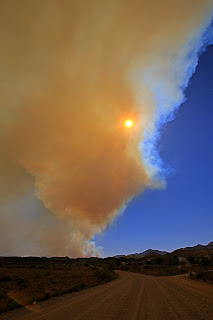 Gusts of up to 40 mph are expected in the Prescott National Forest
causing the fire to spread.

The fire is 5 % contained and has destroyed four homes. 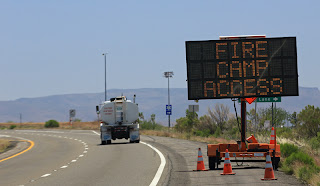 Fire Camps have been set up. 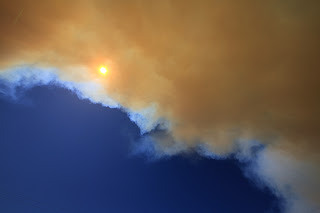 
The town of Pine Flat and its residents have been put on
standby for evacuation as the fire nears Battle Flat.


Posted by Bradshaw Mountains.com at 5:44 PM